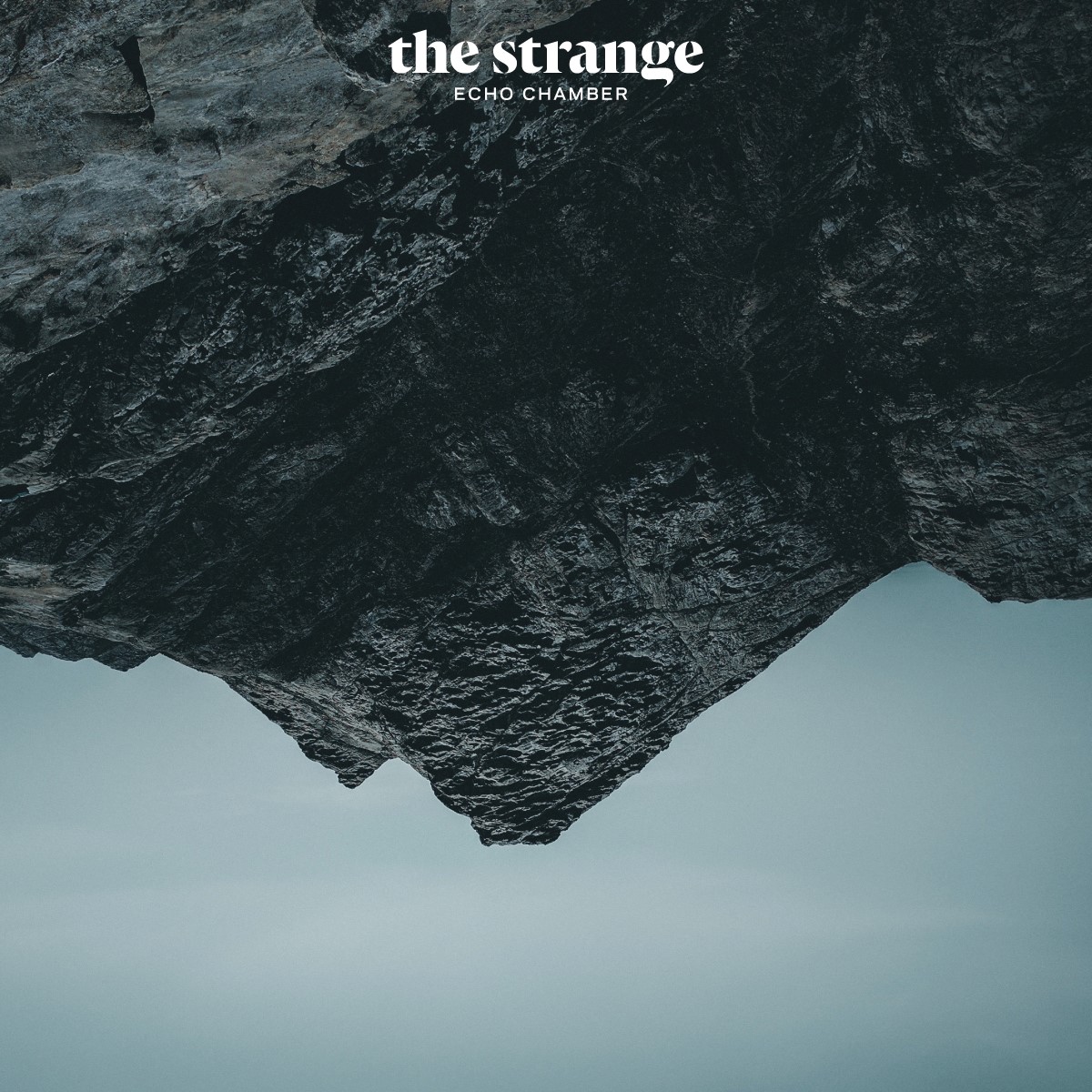 THE STRANGE
”Echo Chamber”
Brotherhood of Souls, Lost and Found in the Universe of Music

(“Fast Train To Nowhere”, The Strange)

I don’t know about Dalibor Pavicic and Chris Eckman, the main authors of the songs from the new album of the band named The Strange, but those verses from the song “Fast Train To Nowhere” accurately describe how I feel here in Croatia; on “the edge of nowhere” where a train for the better future, the one we waiting for from the time we were born, will never arrive. It’s hard to endure such a condition, but it might be that only from a mood like that the great work like “Echo Chamber” could be born.
“Echo Chamber” is a successor of the first album by The Strange, “Nights of Forgotten Films” (2004), basically made by The Bambi Molesters as a Croatian surf-rock band and Chris Eckman, once the main force behind The Walkabouts. For those who don’t know, The Bambi Molesters with albums such as “Sonic Bullets – 13 From The Hop” (2001) widely broadened the boundaries of surf-rock; becoming one of the best instrumental rock bands recognized by connoisseurs around the world. It was a match made in heaven. In Zagreb, Croatia where The Bambi Molesters worked and in Ljubljana, Slovenia where Chris Eckman moved from Seattle, WA.
That was a coincidence, but on the other side, what brought them together to made the album such as “Nights Of Forgotten Films” was an instrumental imagination of The Bambi Molesters and a beauty of Eckman’s poetry and voice. Even then was clear that The Strange is much more than just a sum of one surf-rock band and one gothic-Americana poet. It was, if you ask me as guy who knows Eckman and The Bambi Molesters for more than a 25 years, the best album Eckman sang on since “New West Motel” (1993) by The Walkabouts and the verification for The Bambi Molesters that they could be a great band, not only in surf-rock as a purely instrumental music. Also, “Nights Of Forgotten Films” was much more than a surf-rock album with added Eckman’s voice and lyrics. Rather than that, it was beautiful piece of Americana that could be compared with the key works of Calexico and Lambchop, as well as the ones by The Walkabouts, and a great album with a touch of psychedelic rock similar to the one of Dream Syndicate, noir feeling and gothic-rock akin to some works of Nick Cave and the influences of the bands such as The Cramps and The Gun Club.
In the co-production of Phil Brown – well known by his work on some recordings of Led Zeppelin, Roxy Music, Traffic, Bob Marley and many others – “Nights Of Forgotten Films” sounded as an album we even could not imagine that could come from Zagreb, Croatia and Ljubljana, Slovenia. I mean, music down here usually is something completely different and much, much worse than the music of The Strange.
Now, long fourteen years later, a second album “Echo Chamber”, with Phil Brown at the mixing console again, finally arrived. It is broadening and deepening the music of The Strange, conceived in the birth of The Bambi Molesters in the ruined industrial town of Sisak from the verge of Croatia and the existence of The Walkabouts in Seattle, U.S.A. as the epicentre of grunge-rock that Eckman actually didn’t have connecting points with, except the releasing records on Sub Pop. The chance that people from such distant cities and different musical backgrounds – even if they share similar taste in music – would be brought together in one band was around zero. But, the language of music is universal one, so The Strange happened after Peter Buck (R.E.M.) and Scott McCaughey (Minus 5, Young Fresh Fellows) played on “Sonic Bullets – 13 From The Hip” (2001) by The Bambi Molesters who acted as a support band on the concert of R.E.M. in Koper, Slovenia at the end of the 90’s.
The only song with lyrics and voice on that album is “Ice And Pinewood Trees”, sang by Chris Eckman and that was the starting point for what would become The Strange. A really strange story about The Strange, if I may notice, but luckily it was not only a dream of one drunken rock critic; at the time an A&R guy responsible for The Bambi Molesters and now asked to write these lines. Anyway, “Echo Chamber” is even more diverse and deeper than “Nights Of Forgotten Films”. For example, a song “Killing Time” sounds like a lost country-soul from the late 60’s, “Dime A Dozen” like a funk-rock from the early 70’s and “Broken Down Blues” like a blues in the style of the final songs by Leonard Cohen, while some songs are again comparable with works of Calexico and Lambchop. It’s up to you to decide who is better, The Strange or…
Also, beautiful twang guitars, elegant horn section, tasty keyboards and delighted strings are suggesting that “Echo Chamber” could be today’s echo of the yesterday’s baroque-pop legends such as Lee Hazlewood, Scott Walker, Van Dyke Parks and Burt Bacharach, while Chris Eckman stood close to a procédé of Nick Cave. But, the most important thing is that “Echo Chamber” of The Strange, despite all odds, is a wonderful album recorded by souls, first lost and then found in the universe of music. It would be such a loss for all of us if those souls didn’t met.